How Did You Come Up With The Idea For The Nogiku Series? 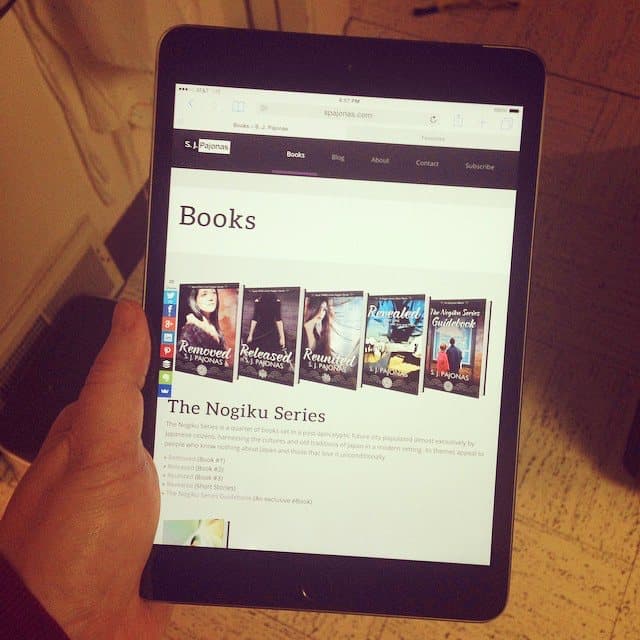 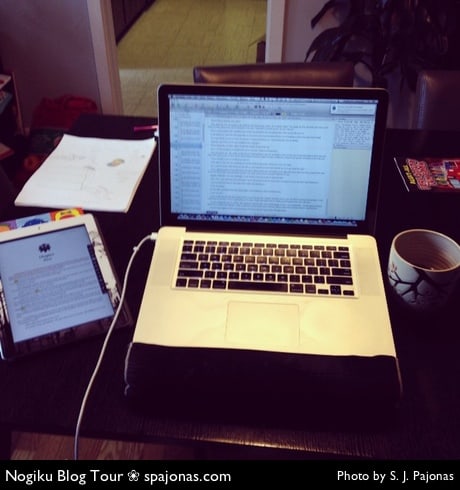 I actually answer this question a lot in interviews so I’ll expand on it a little today. I had always wanted to write science fiction since I was a kid, and Isaac Asimov’s Foundation novels were my favorite. I enjoyed the themes and stories about humans who had colonized the galaxy, but I always wondered about the generation that had picked up to leave Earth. What kind of people were they? They had to be brave pioneers to leave everything behind and start over someplace else. But this generation had almost never been written about. What was Earth like at the point that would drive people to leave? I wasn’t sure but I wanted to know.

This idea stayed with me for years but I wasn’t sure of what to write or how. I had never written a full-length novel, only short stories and screenplays, because the ideas always escaped me. Then the earthquake and tsunami in Tohoku, Japan in 2011 happened, and I was devastated by it. I remember watching the footage over and over and crying inconsolably. I’ve been in love with Japan for over 15 years and studied its culture and language for a long time. I have friends who live (and have lived) there and seeing the destruction changed me. Two months later, I saw photos in the Atlantic Monthly of the clean-up efforts and was floored. The before and after photos were amazing.

I looked at those photos, and I said, “If anyone is going to survive the end of the world, it’ll be Japan.” And my idea was born. I would make the last generation on Earth mostly Japanese, I would borrow traditions and language and meld them together, and I would make my heroine hafu (a mix of Japanese and Western) stuck between two different cultures. There had to be romance (which I have since come to love writing) and a great mystery.

But I struggled with the first few drafts. My world was too complex, and I was trying to get all the info into the novel in the wrong way. World-building is tough! So I took my first couple of drafts and I had a huge pool of over 40 people beta read them. I set-up a questionnaire and got a lot of great feedback. I figured out what was worth keeping and what could go. Eventually, I had to simplify things, both the plot and the world. Boil it all down to a few common themes.

What remained has all the elements of what I wanted to write about from the beginning: a civilization on the move to their new home, a young woman figuring out her place in the world, and a strong story about Japanese culture and traditions.

Have any other questions about my series or the Japanese traditions I’ve inserted into the stories? Feel free to leave them in the comments and I’d be happy to answer them!