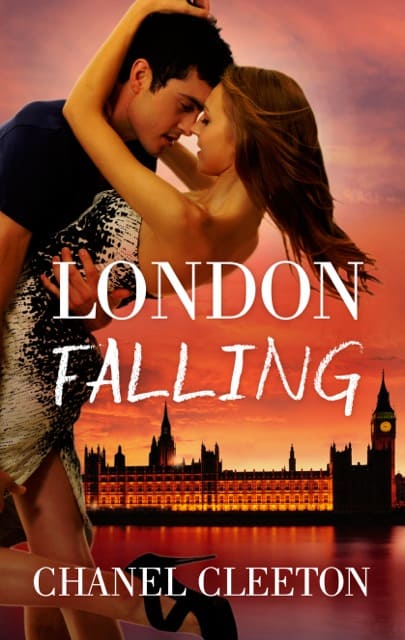 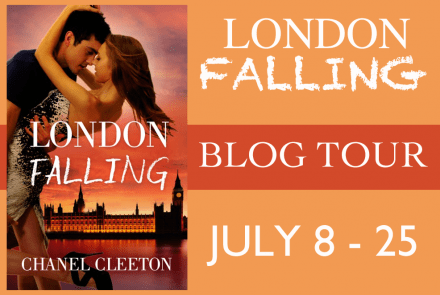 As part of the LONDON FALLING blog tour, I am hosting an excerpt from the book today!

I was drowning in his voice and his words. With each word, my composure slipped some more. I wanted him. I'd never stopped wanting him. I'd wanted him for so long that I honestly didn't remember what it was like to not want him. Hearing him say he felt the same way was impossible to ignore.

My chin tilted up, our gazes locking, our lips so close that if I just leaned forward a bit, my mouth would graze his. What would it feel like to kiss him again? To give myself over to the pleasure of his lips and hands? To feel him hot and hard inside me, filling me, pushing into me until our bodies were one?

Our breath mingled, lips hovering just an inch away from heaven. His body pressed against mine, his legs brushing against me—every inch of him was hard. It was enough to make me forget why this was a bad idea. It was enough to tempt me to want more, to give myself over to the pleasure I found only in his arms. It was enough to have me moving forward, putting my mouth on his.
It had been four months since we’d kissed, and yet the second our mouths fused together something clicked into place. I opened my lips, and his tongue slid into my mouth. His hands grabbed my ass, pushing me back against the brick wall, and I found my nirvana. We kissed like we might never kiss again. His mouth plundered mine, his tongue possessed me, his teeth scraped my skin. He slid a thigh between my legs so I rode him, the friction between us sending a shock of heat through my body. He cupped my ass, pulling me harder against him, tearing his mouth from mine. He kissed his way down my neck, his hands moving up to brush against my breasts, seeking my nipples through my top. I moaned against his mouth.

He pulled back, staring at me, his gaze full of promise and want. It took a moment for me to calm my breathing, to come back to earth.

We weren't a relationship, we were a ticking time bomb…

Maggie Carpenter walked away from the hottest encounter of her life when she left the seductive glitz of England for summer break in her South Carolina hometown. Now that she’s returned to the International School in London—and sexy, privileged Samir Khouri is once again close enough to touch—she can’t help but remember the attraction, the drama … the heartbreak.

She can’t help but want him even more.

Samir can’t afford to fall for someone so far removed from his world, not when his time in London is running out. It's his senior year—his last chance at freedom before he returns home to Lebanon. There, he’ll be expected to follow in his father’s footsteps—not follow his heart to Maggie. But when a scorching secret hookup becomes a temptation neither can resist, they’ll both have to fight to survive the consequences … and find a future together.

Don’t miss this explosive sequel to I SEE LONDON, and the riveting conclusion to Maggie and Samir’s story. This is a New Adult romance recommended for readers 17 and up.

Queue it on Goodreads: https://www.goodreads.com/book/show/20490480-london-falling