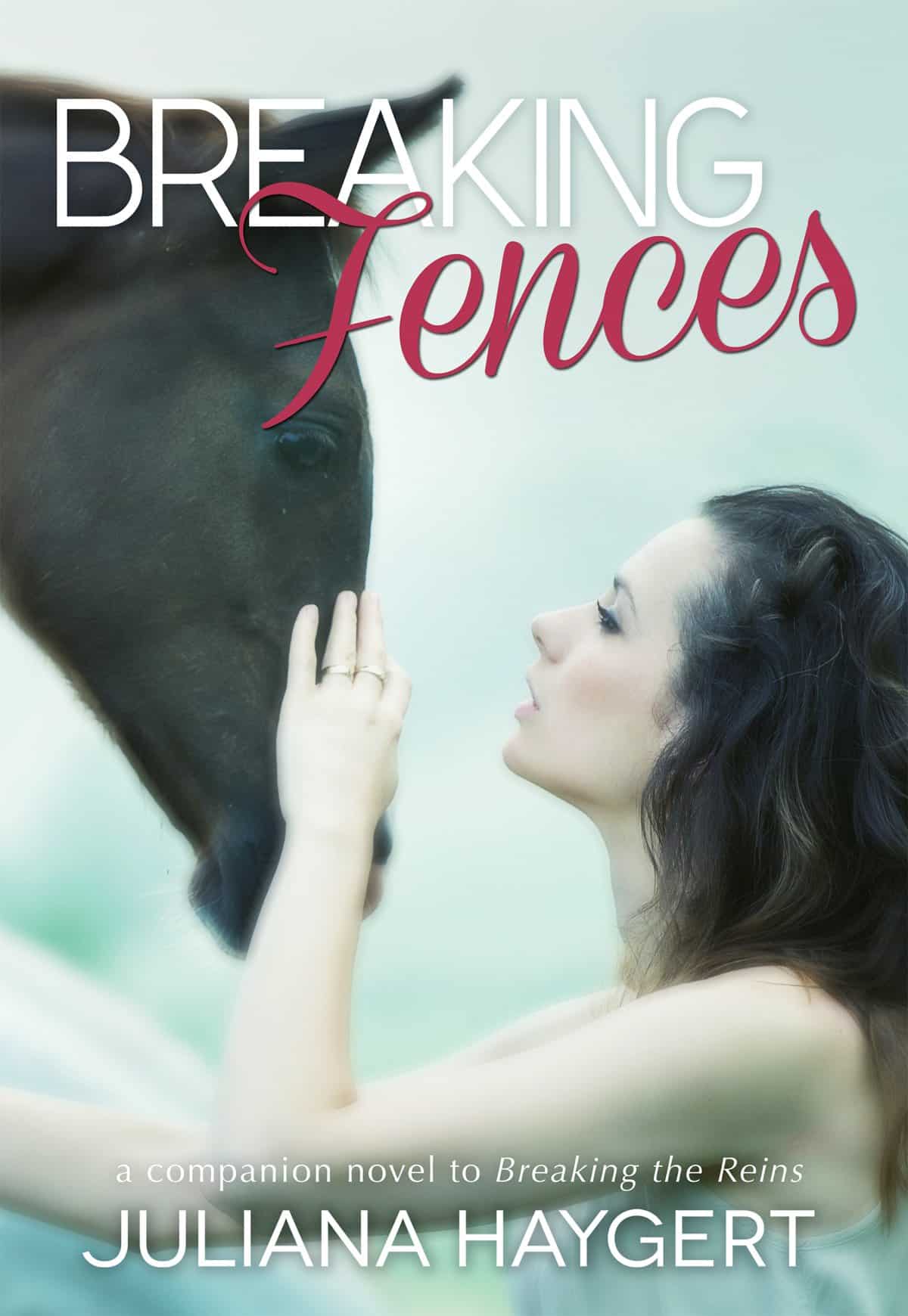 I love Juliana Haygert, and I loved the first book in this series, BREAKING THE REINS. Now is the time to pick both of these up! Perfect summer reading.

All Beatriz “Bia” Fernandes wants is to prove herself—to her family and friends—though it’s hard to prove anything with an overbearing father and three famous polo-playing older brothers. After her acceptance into college results in a heated family argument, the Brazilian girl leaves everything behind to find her own American dream.

College life away from home is perfect until the people she believes to be her friends turn on her. With lies and rumors threatening to suffocate her, Bia turns to her only freedom. Riding.

But one thing gets in the way of her escape. Garrett Blackwell and his bad cowboy attitude. Working at the ranch is his obligation, bugging Bia is his newfound hobby. His thick skin and easy grin don’t hide what Bia already knows—this misunderstood and lonely cowboy fights his own demons. Brushing horses’ coats and mucking out stalls shouldn’t be this sexy, and it isn’t long before he becomes a part of her distraction.

However, escaping won’t solve her problems, and it’s up to Bia to break down the fences around her and prove her strength—not to her family and friends, but to herself … and for Garrett. Because standing on her own doesn’t have to mean standing alone.

** Companion novel of Breaking the Reins. Can be read out of order.**

Queue it on Goodreads: https://www.goodreads.com/book/show/20482754-breaking-fences

BREAKING THE REINS on Goodreads: https://www.goodreads.com/book/show/17730510-breaking-the-reins 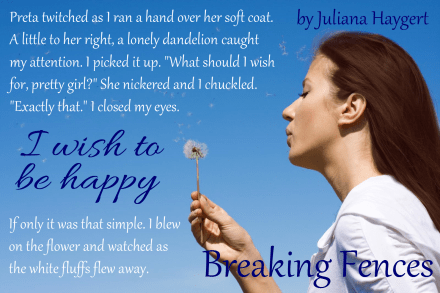 I entered through the back door and halted. Robbie wasn’t kidding. They had a tall shelf filled with bottles, a mini fridge, and three coolers in the back of the stand.
I threw the beer in a garbage can, found one of the many bottles of whiskey, poured a good dose in a red cup, grabbed a can of Coke from inside the fridge, and dumped half of it with the whiskey.
“My kind of girl.”
I jumped and nearly dropped the cup. Bah, if I had dropped it, my boots would have been ruined and I would kill the jerk who—
I turned around, ready to yell at whomever, but shut my mouth when I found myself face-to-face with Garrett.
He sidestepped me and poured himself a healthy dose of whiskey. No Coke. He extended his cup to me. I just watched it. One side of his lips twitched up, and he wrapped his finger around my wrist and moved my arm, until our cups bumped into each other. “Cheers.” He let go of my arm and took a sip from his cup.
I cleared my throat and drank a big gulp.
In silence, we watched the guys lining up to kiss random girls through a small glass window in the center of the front door. One of them walked away from his turn wiping his mouth, and I laughed.
However, when I heard Garrett’s low chuckle, I remembered I wasn’t alone and shut my mouth again. I hadn’t been this nervous around a guy in so long. But then again, I hadn’t been alone with a guy in so long.
“I like your boots,” he said, breaking the ice.
I glanced at him. Meu Deus, the guy was tall. His hazel eyes fixed on me. All right. Wasn’t I just complaining that I missed flirting?
“I like them too,” I said. These weren’t my favorite, but they were close. Seeing he was wearing cowboy boots, I pointed to his feet. “I like yours too.”
He glanced down and shrugged. “Are you a real cowgirl, or is it for show?”
I raised an eyebrow. “Are you a real cowboy, or is it for show?”
“Do you always answer questions with more questions?”
I smiled. “Do you?”
His lopsided grin faded, and the shine behind his eyes darkened. My heart skipped a beat and I held his stare. I wouldn’t be the one to break this showdown.
“You—”
“There you are!” Jonah barged in the stand. “Oh, the Brazilian girl.” Really? I suppressed a groan. “Good to see you again.” He grabbed a beer from one of the coolers.
“Hey,” I said, feeling like I was in the wrong place at the wrong time.
He put an arm around Garrett’s shoulders. Garrett had about two inches on him. “I see you met my bro.”
I frowned. “Your bro? As in big brother, little brother from the fraternity thing?”
“No. Garrett isn’t in the fraternity, not anymore. He’s my half-brother.”
Garrett took a long swallow of his drink and looked out the window to the front.