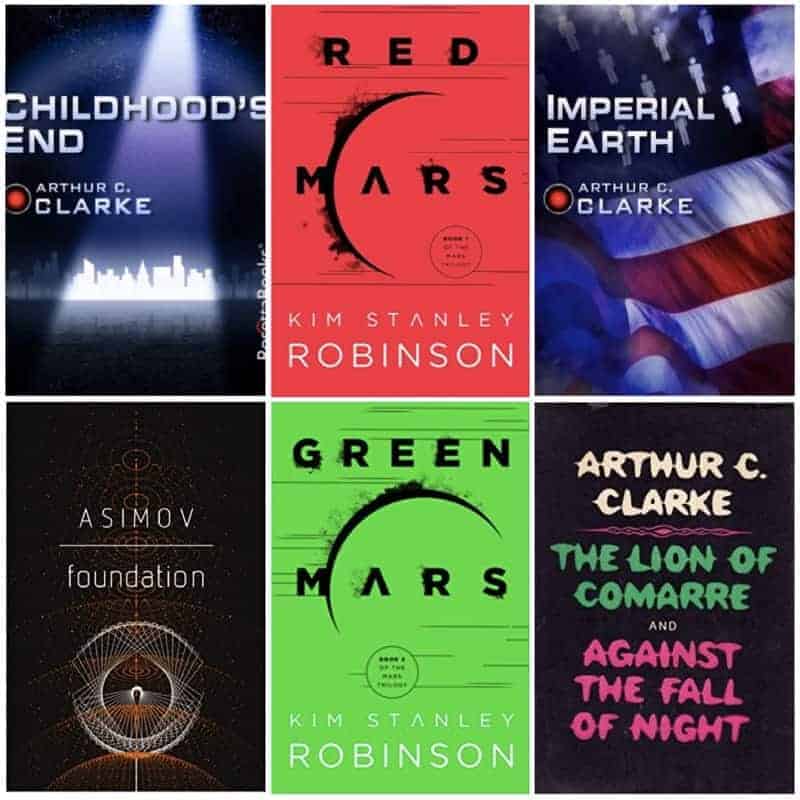 This post came to me when I stumbled into a Twitter conversation between friends about what to read in science fiction. I have read scifi my whole life, practically camped out in that aisle at the library when I could, so I have some opinions on what I like and what I don't :) Doesn't everyone? Anyway, my friend's tweet was “Favorites include: World War Z, Wool, The Rook, Ready Player One, The Martian. Love post-apocalyptic fiction.” And I have to say that these are all excellent books (though I did not read WWZ because reasons including zombies). I write post-apocalyptic fiction and I love it too.

But let's start at the beginning of my science fiction reading career and highlight some of the “hard” scifi that I read and loved and got me into the swing of being a lifetime scifi reader.

What is “hard” scifi? I would write what I term to be “light” or “soft” scifi, meaning I am very light on the actual science of my world building and instead concentrate on characters. Hard science fiction is fiction that revolves around the science in the story, and the science better work or you're gonna have some angry, smart readers after you. Masters in this genre include Arthur C. Clarke (who included the theory of satellites in one of his earlier stories and before satellites were even invented), Isaac Asimov, Robert Heinlein, Ben Bova, Alastair Reynolds, and Kim Stanley Robinson.

So if you'd like to pick up some hard science fiction books, let me recommend a few.

Arthur C. Clarke is my favorite and always will be. I cried when he passed away. I recommend:

Try some Kim Stanley Robinson too. His tale of the terraforming of Mars is an epic.

For Isaac Asimov, I recommend starting with the Foundation Series (FOUNDATION, the first book in the series, has over 1000 reviews on Amazon with an average of 4.3 stars. Yes, it really is that good), then read CAVES OF STEEL in his Robot Series. I have probably read the most Asimov of any of the greats, and he has a huge catalog to choose from! He's even written fantasy and in many other genres as well.

I think that's enough to get you started! Really, most of these are classics. If you look at the publishing dates, there's not one after 2000 listed here, GREEN MARS probably being the latest.