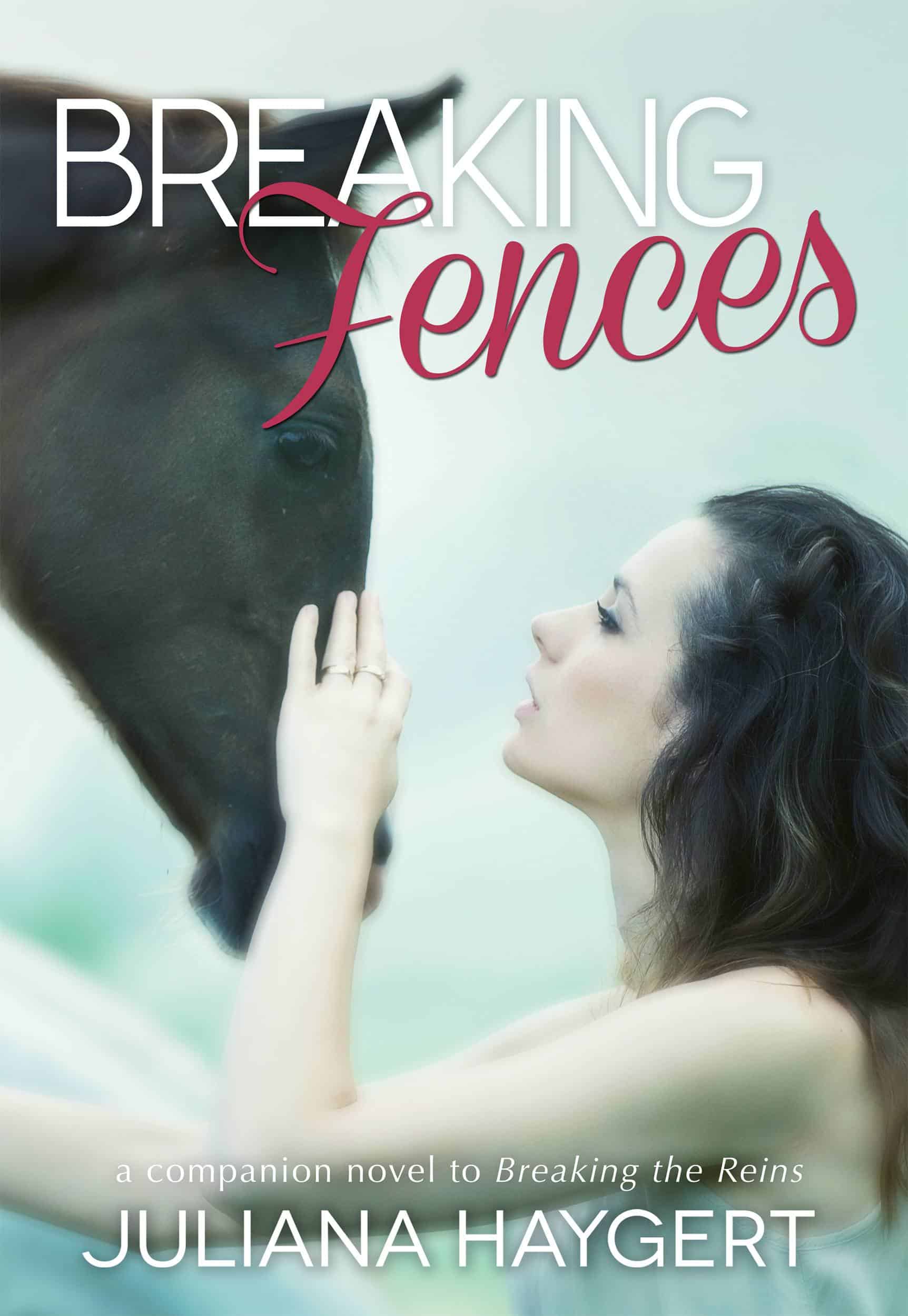 I have two posts today but the first one here is for Juliana Haygert's BREAKING FENCES. This is a companion book to BREAKING THE REINS which I loved. I read it last year and was glued to my Kindle for a few days. So good. I'm looking forward to picking this one up too. 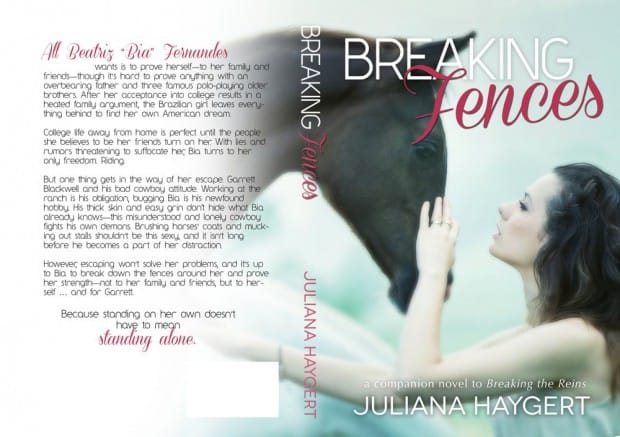 All Beatriz “Bia” Fernandes wants is to prove herself—to her family and friends—though it’s hard to prove anything with an overbearing father and three famous polo-playing older brothers. After her acceptance into college results in a heated family argument, the Brazilian girl leaves everything behind to find her own American dream.

College life away from home is perfect until the people she believes to be her friends turn on her. With lies and rumors threatening to suffocate her, Bia turns to her only freedom. Riding.

But one thing gets in the way of her escape. Garrett Blackwell and his bad cowboy attitude. Working at the ranch is his obligation, bugging Bia is his newfound hobby. His thick skin and easy grin don’t hide what Bia already knows—this misunderstood and lonely cowboy fights his own demons. Brushing horses’ coats and mucking out stalls shouldn’t be this sexy, and it isn’t long before he becomes a part of her distraction.

However, escaping won’t solve her problems, and it’s up to Bia to break down the fences around her and prove her strength—not to her family and friends, but to herself … and for Garrett. Because standing on her own doesn’t have to mean standing alone.