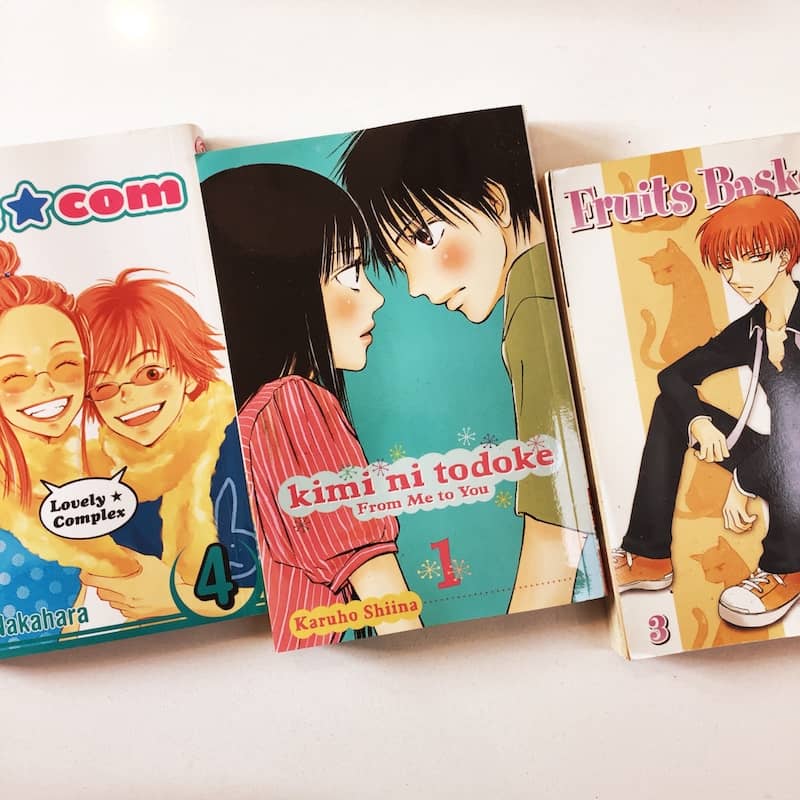 Hello visitors! I see this page gets a lot of traffic, and I don't blame you for loving Japanese manga. If you love manga, I'm sure you'll love REMOVED.

Ever think about checking out manga? This is your chance!

Oh, Japanese Manga, how I love thee? Let me count the ways that you suck me in, run up my credit card, and leave me in a ball of laughter and tears. There are many ways that my Nogiku Series are like manga. I like to write strong, complex characters that win you over with a wink or a blank look. I can think of countless moments in manga where a whole page is devoted to one brief moment, and it’s the moment you fall completely in love with a character. If you don’t feel the same way about the moment when Sanaa holds a sword for the first time or when Jiro asks Sanaa out for a date, then I’m doing something wrong as an author.

For the purpose of this list, I chose all Shojo manga, which I love! I’ll admit it. I’m sucked into manga easily. And if I don’t have a book I’m reading, you’ll find me reading manga.

10. Vampire Knight – for my first recommendation, I’m presenting a manga I haven’t read yet, but everyone RAVES about and is in my queue. This one’s about a vampire boarding school where the normal people come to class during the day, and the vampires come at night. There’s a whole backstory with the main character, Yuki, having been saved by a vampire as a young child, and the story includes lots of love interests. The story is now complete, so you can get them and be assured of an ending!

9. Nana – This is another I have not read but I hear is beautiful and sweet, and this is also in my queue (I really need more spare time). It’s about two young women named, Nana, who accidentally meet and become roommates in Tokyo. It chronicles their lives trying to make it in the big city. The author was sick for a while but, from what I can gather, is finishing the series.

8. Boys Over Flowers – This was a super popular manga that was turned into a Korean drama that is probably one of the most talked about and first recommended Korean dramas of all time. Seriously, if you ask anyone, “I want to start watching K-dramas, where should I start?” Most people will respond with Boys Over Flowers. Just remember it was a Japanese manga first!

7. Maid-sama! – I only got halfway through this series before I was sucked into revisions on my own books and it is truly a gem. The plot of this one cracks me up. The lead, Misaki, is a tough-as-nails heroine trying to reform her school that is only recently a co-ed school. She rails against all the bad boys! I love her! But she’s poor and needs to make money so she hostesses at a local Maid Cafe (Do you know about these? There’s one in Manhattan now!) The school hot boy finds out and strikes a deal with her. You’ll need to read to find out.

6. High School Debut – I love this manga so darn much, it’s sick. Haruna is a former softball player, kind-of jock type girl, that knows nothing about romance. So she convinces Yoh, the coolest boy in school, to coach her in romance. So many hijinks ensue and all the time you are rooting for them to get together. Sigh. It’s fantastic.

5. Fruits Basket – This manga is a classic and been around now for ages (since 1998). What I love about this one is that the members of the family the heroine, Tohru, goes to live with are all possessed by members of the Chinese Zodiac. How random is that? And it’s such a great plot device. She becomes a positive influence on their lives and helps them break the curse that’s bestowed on them. If you need a long manga with lots of episodes, this one is for you. It goes on and on for a very long time.

4. Kyou Koi wo Hajimemasu – Plain Jane meets Cool Luke. I’ll admit that this one is hard to find and the English translation of the name, “Today our love begins”, is awful, but oh my, the hero is so fine. If you like the chiseled men in your romance go with this. It’s also one of the few shojo manga I’ve read where the couple goes all the way, and the drawing of it is enough to make you fan yourself.

3. Kimi no Todoke – The premise behind this one cracks me up. Have you seen Ringu, the original Japanese horror film that came before The Ring? The female main character in Kimi no Todoke, Sawako, looks exactly like Sadako from The Ring, so she gets called Sadako and everyone is afraid of her. But she’s super sweet and shy and totally harmless. There are so many great moments in this manga where the other characters are freaked out by her and she’s like giving them chocolate or something sweet and nice. A cool boy totally falls for her but she’s awkward and doesn’t know what to do. Totally cute and heartwarming.

2. Shinobi Life – This is the one manga that I fell in love with after the very first few pages. In fact, I named a character in the Nogiku Series, Beni, after the main character in this one. A time traveling ninja thinks that ordinary, modern-day Beni is a princess and must protect her. There’s a curse on her family and lots of time traveling back and forth between feudal Japan and modern-day Japan. It blew my mind with the craziness, but I was sooooooo in love with Kagetora, his sword, his mystery, his… *fans self* Let’s just say that it’s well worth the read!

1. Love*Com – And finally my number ONE… Lovely Complex or Love*Com for short. This one wins first place because it’s not only romantic but it is funny as hell. I had to stop reading it in bed at night because I was waking my husband with all my giggling. Risa (I named another character in Nogiku Series after her!) is the tall girl in class and Atsushi is the short guy. Their teacher constantly jokes that they’re a comedic act like “All Hanshin Kyojin“, and, though the ribbing gets on their nerves, they manage to get along for quite some time. Then they fall for each other. This manga has the great, amazing, heart-stopping moments that make you believe in true love. I cried reading it several times because it was so perfect. You won’t be disappointed with this one.

It would be remiss of me to not point out how to read most of these. Many I bought from Amazon but there are also a great apps for both iPhone, iPad, and Android. Just search the app stores for the most recent offerings. Read and enjoy! 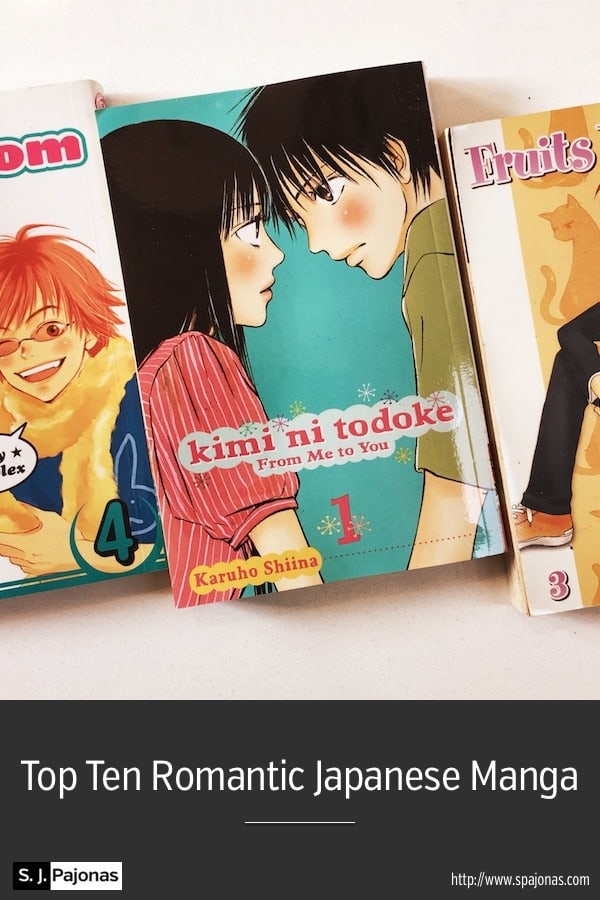