Welcome Aboard The Murasaki! 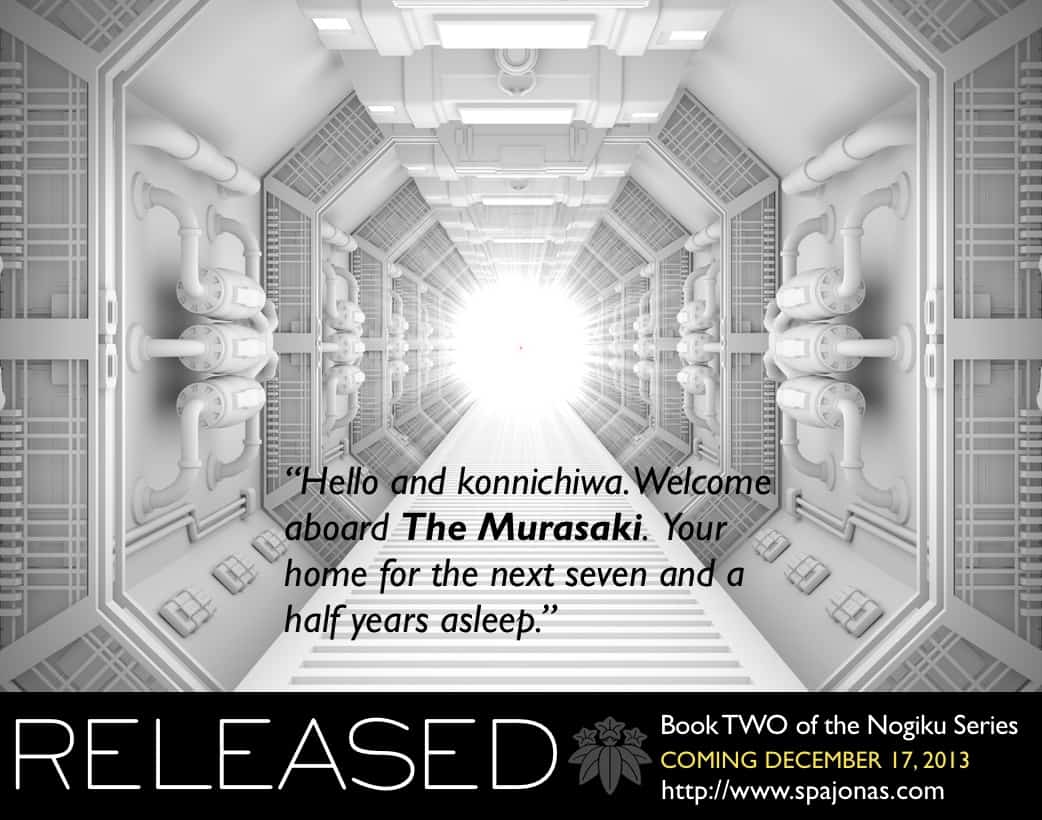 Lots of reviewers and readers will comment on my books and say, “There's hardly any sci-fi in here to discourage non-sci-fi readers.” And deep down, I find those comments both comforting and funny. Because, if sci-fi is written well, it's accessible to everyone. Not just the geeks. Not just the science lovers. It appears that I did a good job of disguising most of the sci-fi elements in the Nogiku Series but there's a big one near the end of RELEASED. Since we experience the world through Sanaa, though, we get to explore everything from her perspective. Hopefully you love this journey as much as she does. 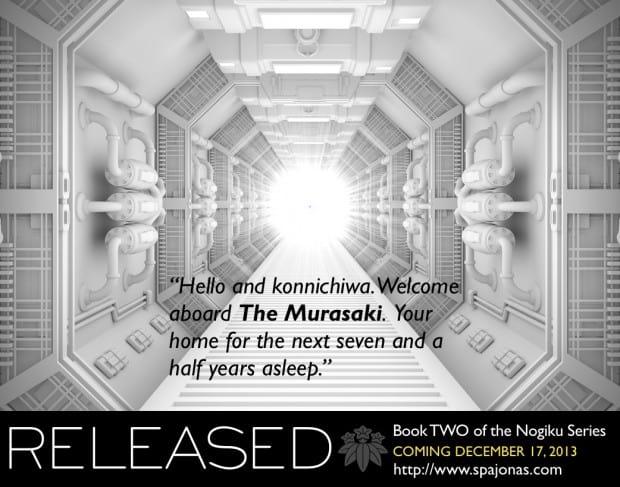 This is it! The final teaser image for RELEASED, Book TWO of the Nogiku Series. Next Tuesday, RELEASED will out and the Nogiku Series will be half over. What an amazing year I've had. I can't wait for you all to read it. Please feel free to share this image and spread it around. It will also be on Twitter, Facebook, and Tumblr by the end of the day.