Bringing My Characters To Life 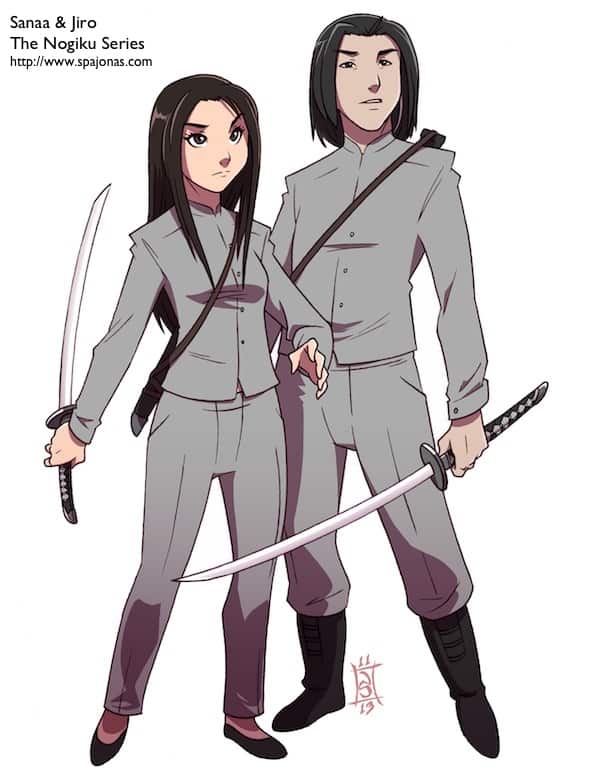 When I wrote the Nogiku books, I always thought they'd make great manga. I could immediately picture both Sanaa and Jiro as drawn characters, swords out, fighting or defending each other. How fun would that be, right? Maybe someday I'll find the right artists to actually make manga of my stories but until then I wanted to work with someone to get a variation of Sanaa and Jiro drawn.

Eventually I'd like to see them and other characters from the series drawn in different styles, but for my first commission, I asked artist, Jed Soriano, to draw them in a classic anime style. We went through several rounds of emails to begin where I described my characters and the world they lived in.

Jed and I also discussed my characters' story arcs, where they were in their lives and the ultimate goal of the book. It was fun to talk with someone about what these “people”, my characters, were like and how I envisioned them.

Here's the final product of our work together! I love this rendition. It's action-oriented, and you can tell that Sanaa and Jiro are equals in their stance and readiness.

Sanaa and Jiro ready for battle.

Exciting, right? And this won't be the only drawing I have done of them! I'd like to see them in different styles, for sure. And I'd like to get more characters drawn too. Let me talk a little about the process of working with an illustrator. Now, all illustrators work differently, but this is what we did on this project. 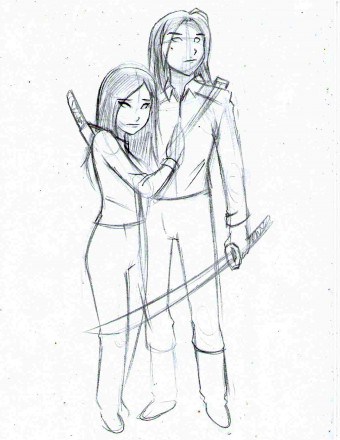 First try. My comments were that Sanaa is skilled with her sword and usually ready to defend herself so I wanted to see her away from Jiro. At his side. 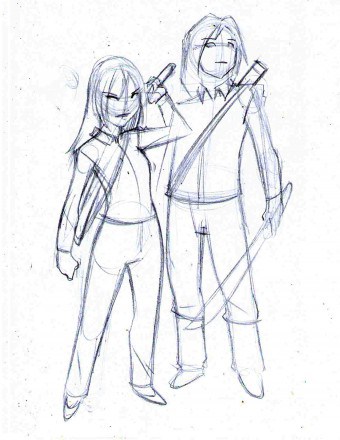 Second try. This one was better but there was too much conflict with their bodies. 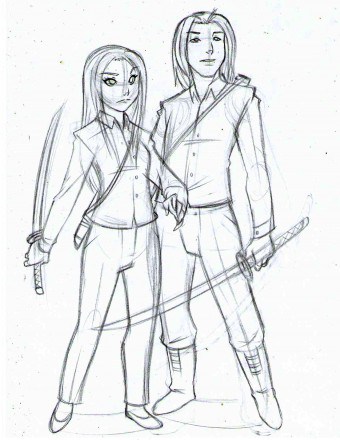 Final stance. This one was a success! 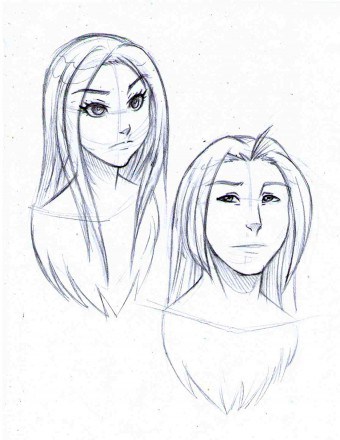 Headshots. Specifics of their faces and expressions. This one was almost perfect. I had comments about their hair and that was it.

I was adamant about a few things. No ridiculous cleavage for Sanaa, and I wanted to get the Nishikyō grays right along with the swords. But other than that, I only had a few small things to say about each. Hope you like them!