The Only Pets In Nishikyō 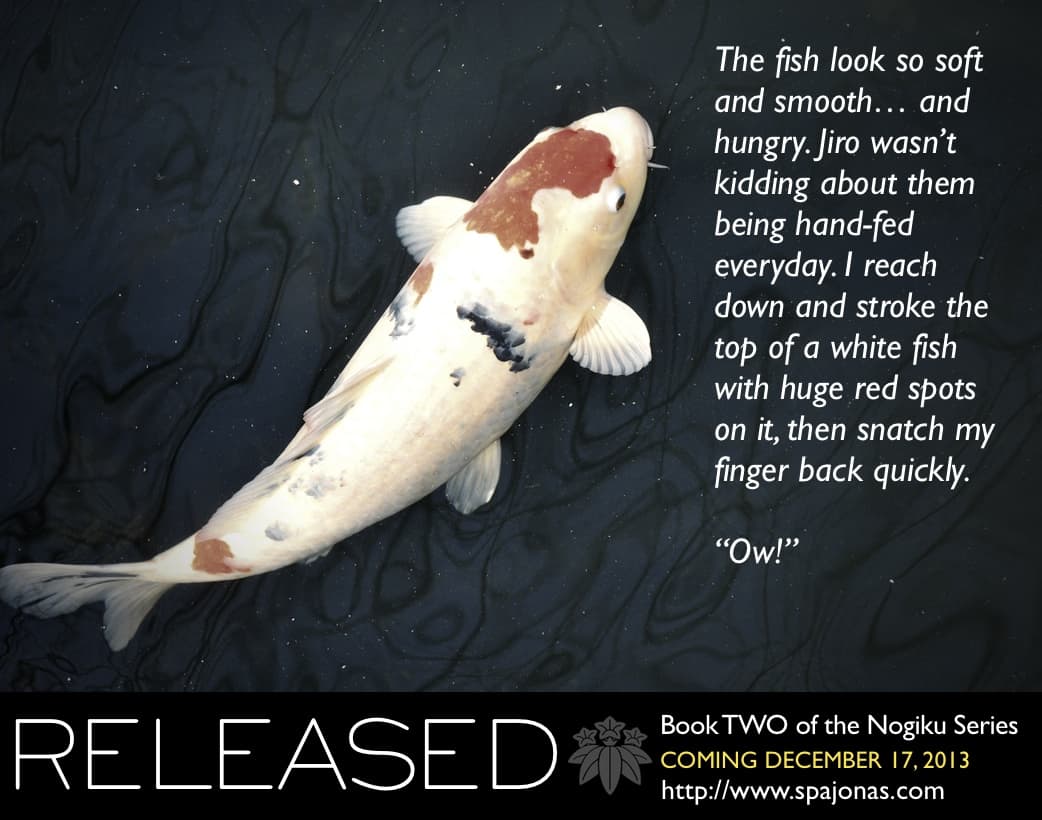 As I established in Book ONE of the Nogiku Series, REMOVED, pets are not a common sight in Nishikyō. No one has seen dogs or cats for generations and even such animals as rats and insects are all but extinct. Fish, though, are kept as pets by the wealthy in areas of Ku 6, the Japanese Ward. Sanaa loves animals and was charmed by them during her trip to the zoo in Ku 8, the Extinction Ward. She is very attuned to animals and their needs, and they love her back for her attention. During a very memorable outing in RELEASED, she plays a great prank on Jiro when they encounter Shōfū-an's koi fish pond. 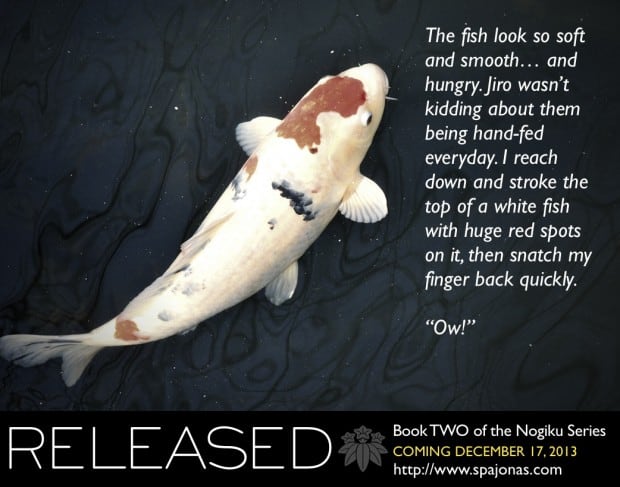 This is the fourth of six teaser images for RELEASED! Only a few more weeks till it's available. Please feel free to share this image and spread it around. It will also be on Twitter, Facebook, and Tumblr by the end of the day.