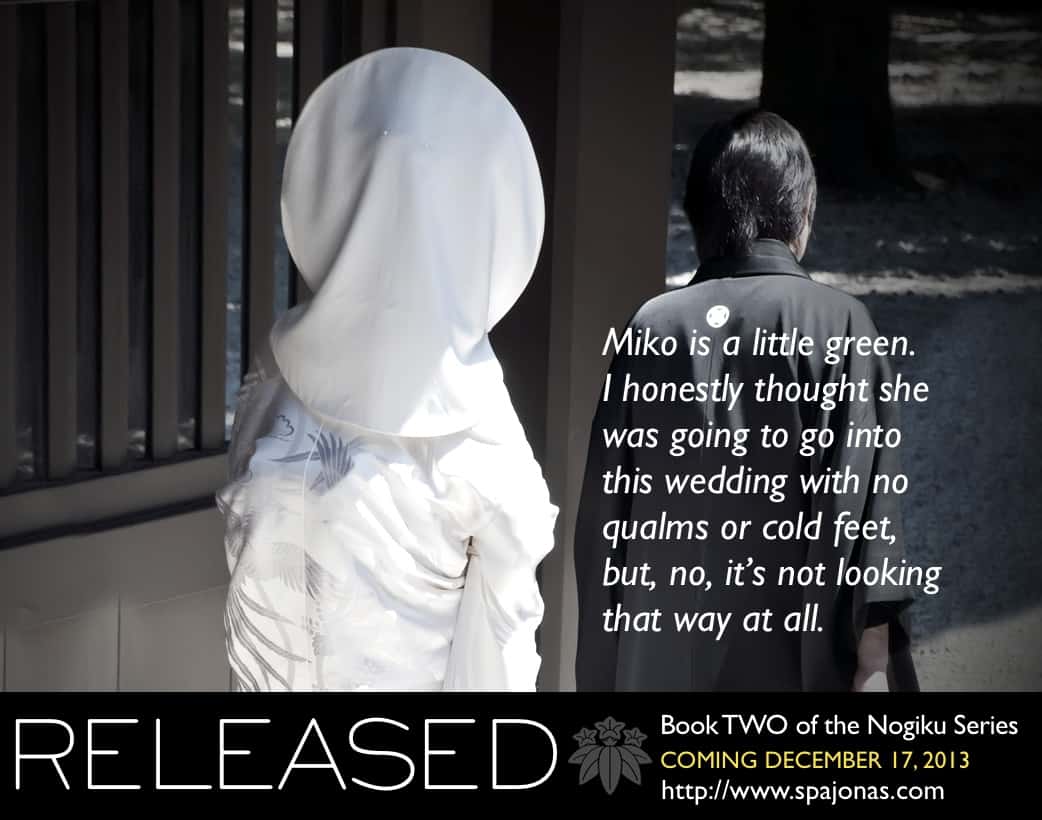 I try to include at least two big events in each book of the Nogiku Series, especially events surrounding a Japanese theme or holiday. It was fun to take a traditional Japanese Shinto wedding and bring it far into the future. What traditions would stay? And which traditions would be modernized or Westernized? We get to attend an important wedding in RELEASED! It's a major turning point for most of the characters in the book. 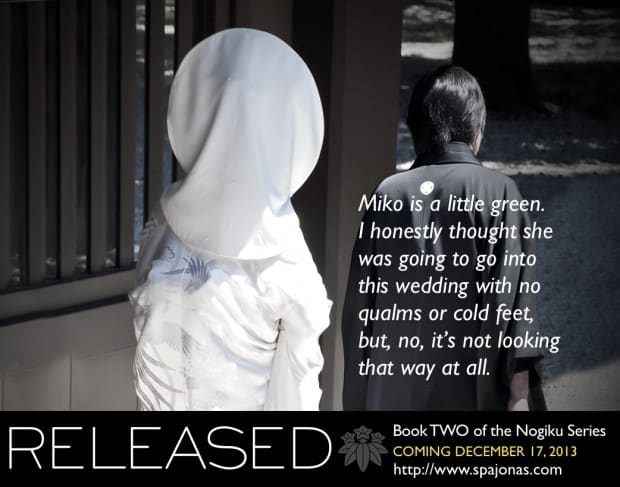 This is the second of six teaser images for RELEASED! And I'm really excited about all six. They're perfect for this story. I think you'll love them. Please feel free to share this image and spread it around. It will also be on Twitter, Facebook, and Tumblr by the end of the day.