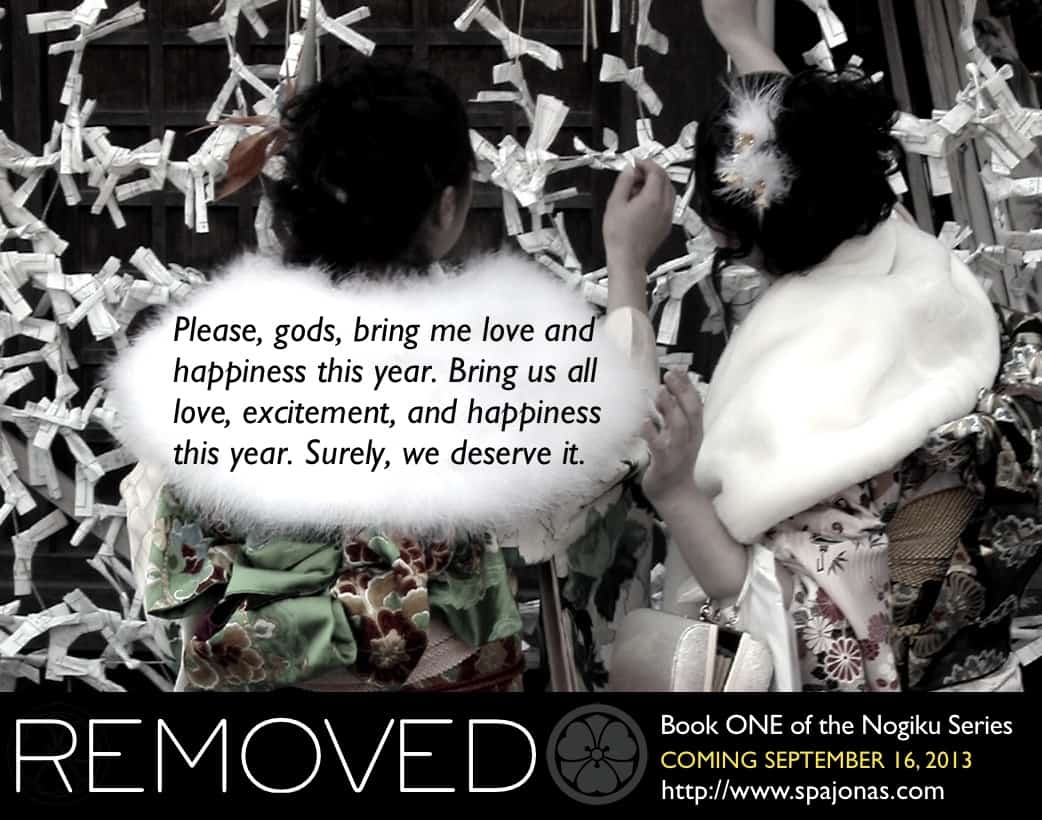 REMOVED opens on New Year's Eve, an auspicious and exciting time of year for the Japanese, and Sanaa spends the evening with Miko and Helena, like she does every year, at Izakaya Tanaka. But this New Year's Eve is unlike any other. New Year's Eve 3103 is her first encounter with Jiro and his presence inspires her to wish for love and excitement instead of prosperity. Little does she know she's about to get more than she bargained for. Her whole life changes less than two days later, and before she understands where her new path is taking her, she's swept up into secrets, lies, intrigue, and danger at the hands of the clans of Nishikyō. 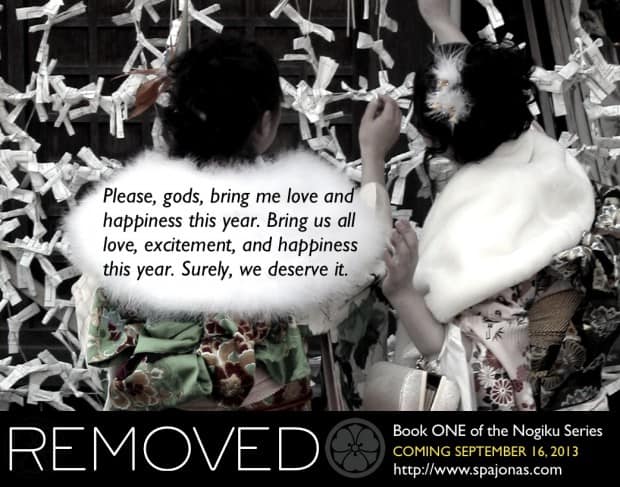 This is the last of the teaser images for REMOVED! Please feel free to share this image and spread it around! It will also be on Twitter, Facebook, and Tumblr by the end of the day.

Only 1 more week until REMOVED is available! Don’t forget to queue REMOVED on Goodreads!