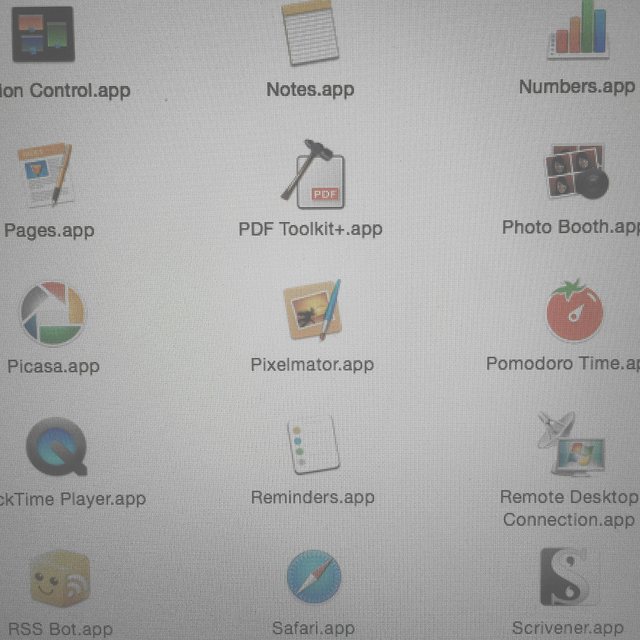 It's been a while since I wrote on the blog, I know. If you've come here before, you'll notice there's been a change to the layout. There are big things happening for me in September, and I wanted the blog portion of my online presence to change to accommodate it. The main space is now two-columns and the right sidebar will have more content in the coming months pertaining to my work. I updated the footer, added a newsletter, and updated the about page. I also cleaned up the HTML and CSS, then updated all the WP backend.

It's been a few weeks of work along with little design changes and tweaks. When I sat down to open all my old PSD files in Photoshop, I got a twinge of annoyance. I've been running the Creative Suite 3 for a few years, and I know it needs updating, but I never have the, oh, thousands of dollars on hand to buy a whole new suite. And really, I only ever use Photoshop and Illustrator. I don't even know why I have Flash, Bridge, and InDesign installed. I never use them and they're just taking up valuable computer drive space.

I had a thought, “It's 2013. There HAVE to be Photoshop and Illustrator competitors out there that do not cost thousands of dollars!” Adobe switched to Creative Cloud recently and that may be a viable option for some but not for me. $50 per month is still thousands of dollars in the long run, and I can go a month or two without even opening Photoshop! Not worth it.

So, I started the hunt. I googled. I asked around. Whatever software I landed on had to have a free trial longer than 7 days so I could try it out. I didn't want to make a quick decision.

Eventually, I landed on a netmagazine interview with my old colleague, Khoi Vinh, that gave me the first of my replacements. Khoi and I used to work together in the dot com days and after when he worked for Behavior, and I trust his opinion on software implicitly. He recommended Sketch as a Photoshop replacement for those doing UX design. Now be warned, Sketch is really not like Photoshop at all. In fact, I bought it to replace Illustrator. It's a vector drawing platform that can also handle bitmaps, but it is not photo editing software. I use it for all the things I used to use Illustrator for: draw maps, open EPS files, design business cards, etc. And at $49, you get a lot! It's quick to open, zippy, and easy to use. I especially love its web export. I used it to produce images for the kindle version of my new book. They came out beautifully with Sketch.

But Sketch isn't enough for me. I need the things that Photoshop can provide: layers, bitmap manipulation, web exporting, filters. So I found Acorn! It has everything that Photoshop has except for a few features that I miss like History, History Snapshots, and Macros/Batch. But since I'm not doing mass web producing anymore, I can live without those features. I'm now using Acorn for website design and all of the images that I need for my books: book covers, FB and twitter images, author photo, etc. This is a stellar piece of software; easy to use AND it employs almost all the same keyboard shortcuts as Photoshop. THAT is big, people. I've been using Photoshop since 1997. Photoshop shortcuts are muscle memory now. There's no way I could teach myself new ones! $49 for Acorn. That's it. Photoshop will cost you $600+.

I bought these two, and I thought they would be enough, but I re-read Khoi Vinh's interview and he mentioned Pixelmator as another Photoshop alternative. I gotta say that I really love Pixelmator. I have it now hooked up to iPhoto as my photo manipulation editor of choice. This software also comes with layers and all the abilities to edit photos (adjusting hue, contrast, levels, etc) and tons of awesome filters. The one thing I had to get used to is that it automatically saves your image when you close it. If you're used to Photoshop, and you edit and image and save it someplace else so you have both the Original and Edited images, you can still do that, just duplicate the image first thing before editing. I tested it out on the Twitter header image on my new printing press, Onigiri Press. My SIL is getting married this weekend, and I'll use it on those photos. Pixelmator is only $15! And that is a steal.

$113 later, I have three pieces of really nice software to replace Photoshop and Illustrator. I then bought a $2 PDF editing app, PDF Toolkit+, that replaces everything that Adobe Acrobat Professional did for me. Easy peasy.

All in all, I spent $115 to replace thousands of dollars worth of Adobe software. It makes me pretty damned happy.

ETA (8-14-2018): I have been using Pixelmator for several years now and I'm still happy with it. There are a few things it can't do that Photoshop CAN do, but I get by without them. All in all, I'm still happy I dumped Adobe!